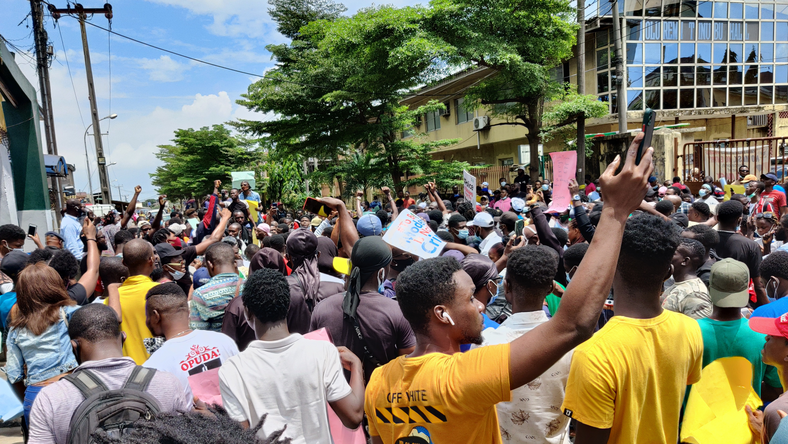 Ekwunife said that though the conduct of some officers of the defunct Special Anti Robbery Squad (SARS) was condemnable, the protesters should maintain peace while expressing their grievances against the unit.

“APC Professionals Forum, is an assembly of partisan professionals who have volunteered to serve as guardians of the change mantra of the ruling party and promoters of good governance.

“We condemn the dehumanisation and criminality of some SARS operatives in the course of their duties.

“While we support the genuine cause and agitations for Police reforms, we believe that it should be done within the ambits of the law and not to further compound the problems of our people.

“The calls for reforms is a call that is long overdue and is a process in the right direction.

“As a group of professionals, we are abreast with the facts that the ENDSARS protests are geared towards ensuring human rights and solving institutional corruption that has affected our existence 60 years after independence,” he said

He said that organisers of the protests need to now stand down and allow the government to institutionalise Police reforms.

He said: “We call on Nigerian youths and the protests organisers to exercise caution in their ongoing agitations, especially as the government has set machinery in motion to meet all their five-point demands.

“We must not allow miscreants and agents of anarchy to hijack the peaceful protest to ferment further hardship on Nigerians.

“Allowing agents of anarchy to loot small businesses and offices as well as blocking access to highways and roads to hospitals and shops as well as offices will further compound the hardships that Nigerians are presently experiencing.”

Meanwhile, the forum commended the Federal Government for yielding to the protesters demands by disbanding SARS and setting up processes to fast track Police reforms.