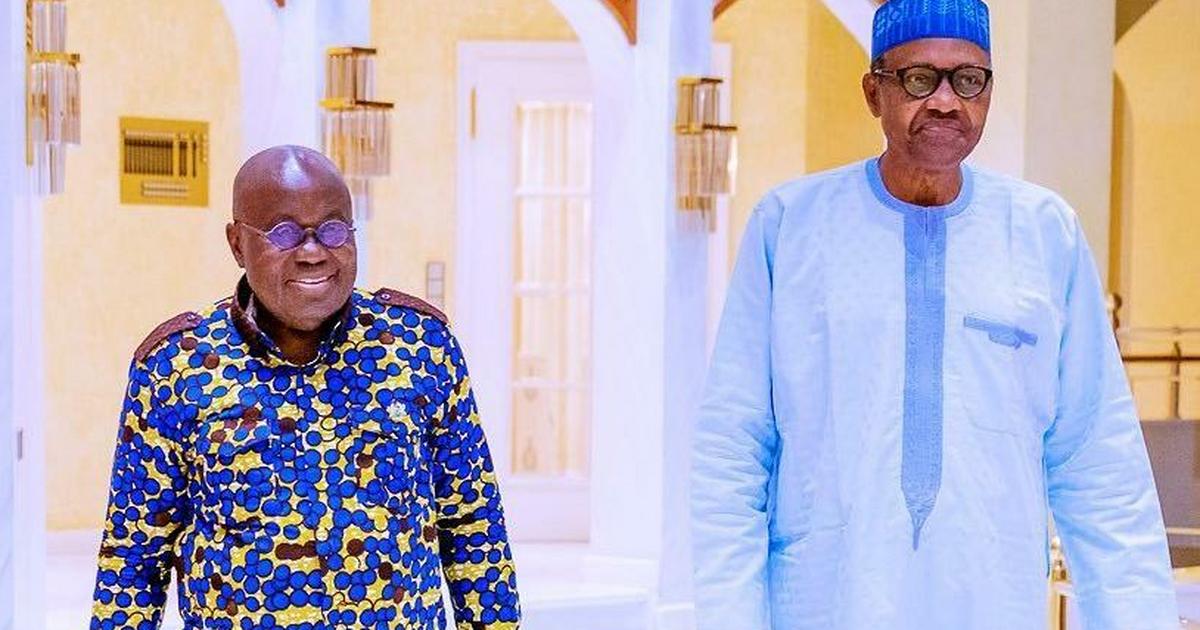 The presidential aide, who could not elaborate on the agenda of the meeting between the two leaders, however, posted pictures in which the Nigerian leader could be seen escorting his guest after the meeting.

The News Agency of Nigeria (NAN) reports that the closure of shops owned by Nigerian traders in Ghana had heightened tensions between the two countries, a situation which led the Minister of Foreign Affairs, Geoffrey Onyeama to summon Ghana’s Charge d Affaires to Nigeria, Ms Iva Denoo for discussions.

Onyeama had also met with representatives of Nigerian traders in Ghana, led by Jasper Emenike, the National President of Progressive Ambassadors of Nigeria (PAN), and the organisation’s National Director, Ruth Ango over the matter.

The Speaker, House of Representatives, Femi Gbajabiamila, had also visited Ghana on Sept. 2 with a view to seeing how the issues at stake could be resolved amicably. 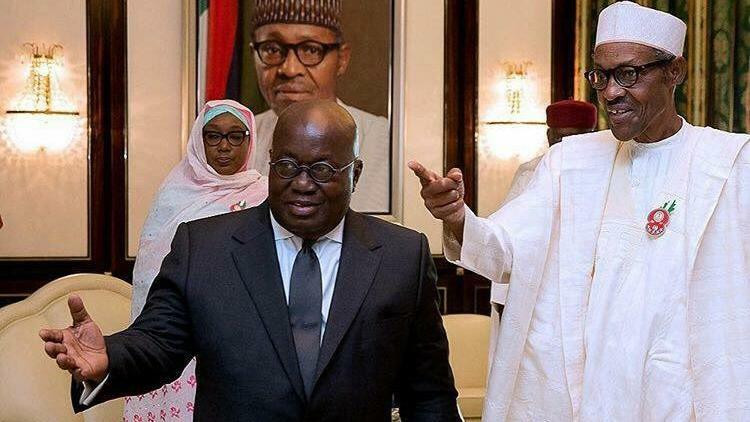 According to the speaker, the closure of the Nigerian shops in Ghana contravenes the Economic Community of West African States (ECOWAS) protocol on free movement of citizens of member states, and trade liberalisation scheme.

NAN reports that the ECOWAS Trade Liberalisation Scheme (ETLS) adopted in 1979 with an agreement on agricultural, artisanal handicrafts, and unprocessed products, and extended to industrial products in 1990, is the main framework for trade and market integration in ECOWAS as it addresses protocols on the free movement of goods, persons, and transportation.

The scheme’s main pursuit of consolidating the free trade area is guided by the National Approval Committee that informs the member states.

Similarly, Article (3) of the Revised Treaty of ECOWAS on trade and market integration stipulates the removal of trade barriers and harmonisation of trade policies for the establishment of a Free Trade Area, a Customs Union, a Common Market and an eventual culmination in to a Monetary and Economic Union in West Africa.

NAN further reports that the Ghanaian government had proposed a meeting between the two leaders prior to the one they held behind closed doors on Sunday.