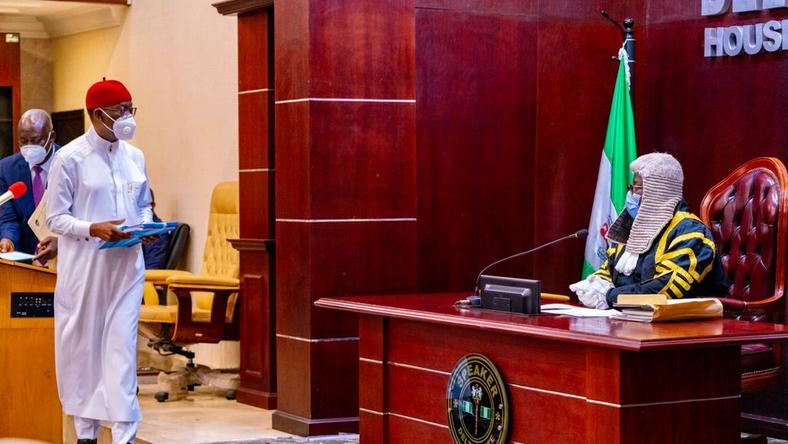 This was part of resolutions reached at the State Executive Council meeting presided over by the State Governor Ifeanyi Okowa on Tuesday, November 3, 2020.

In a post exco briefing, the Commissioner for Information, Mr. Charles Aniagwu said that the upgrade of the facilities at the Anchorage will cost N524m.

He said Exco also approved additional works on the Beneku Bridge to increase the height of the bridge by two meters at a cost of N1.2bn.

The exco also approved completion of the DLA road Asaba and tarring of some adjoining streets in the area at the cost of N448.5 million naira. He added that the state government had earlier linked the DLA drainages through Jesus Saves Road and Agric Road to Amilimocha River.

Other roads that received Exco attention included expansion of the Warri/Sapele road to Effurun roundabout.

The road would be expanded to accommodate more vehicles. There will be a construction of Laboard Road in Sapele at a cost of N392.4million.

He said the cardinal goal of the Senator Ifeanyi Okowa’s administration was to tackle unemployment, create wealth and improve the living condition of the people through different sectors.

“Our major concern as an administration is how we can get majority of our youths engaged and by extension reducing the rate of unemployment which has become the bane of most societies in Nigeria.

“We have decided to take our investments in the tourism sector a notch higher and the development of the Anchorage will attract tourists to the state.

“It is being done from the private sector perspective and Exco has approved a lease of 13years to Abuja Boat Club to develop and manage the historic site,” the Commissioner who was joined by the Chief Press Secretary to the governor, Olisa Ifeajika, said.

According to him, exco also gave approval for the construction of Faculty of Agriculture building at the Anwai campus of the Delta State University.

Mr. Aniagwu added that approval was also given for the establishment of Odogun Secondary School at Oboghoro community in Warri North Local government area.

He disclosed that Exco commended a number of Delta youths who ensured that public buildings were protected during the #ENDSARS protests.

He assured that the state government is committed to ensuring implementation of the outcome of the Town Hall meetings the governor held with the youths of the state in Warri and Asaba.