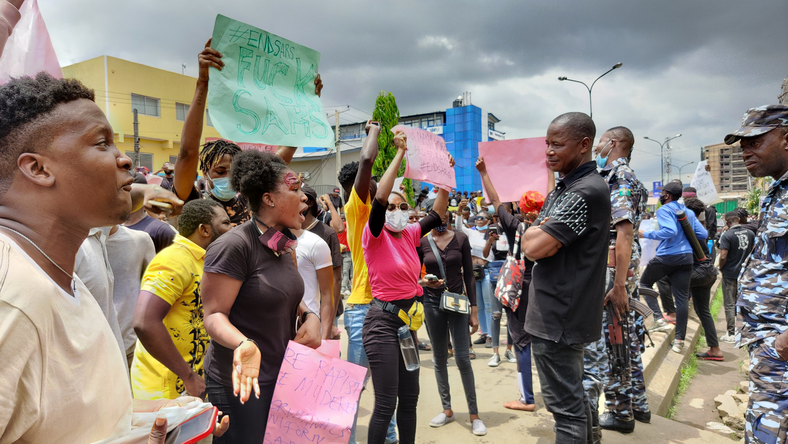 The party, in a statement by its National Chairman, Chief Ralphs Nwosu, said that the lingering #EndSARS protests had revealed the intensity of the anger in the land.

According to the ADC chairman, the country’s political class had failed to harness the vast resources of the country for sustainable growth and development over the years.

Nwosu said that the time had come for Nigerians to snatch the destiny of this great nation from the claws of enemies of the economy who had held the country to ransom for too long.

“The youths are agitating for a fresh paradigm. They are smart kids and Nigerians should not underestimate them.

“When a people have been robbed for far too long, of the same resources they took part in creating, this is usually the end result.

“This is no longer about EndSARS or EndSWAT. It is about End Impunity, End Terrorism, End Looting, End Vote Buying, End Leadership Insensitivity,” the ADC said.

Nwosu, however, urged the government to address every point on the demand of the peaceful protesters, saying the days of hiding behind a finger had ended.

The party said: “While we are a peace loving party built on integrity and respect for human and constitutional rights, we would stand solidly by calls to right the numerous wrongs in our society.

“Police brutality, especially by the now defunct Federal Special Anti-Robbery Squad, was at a scary level until this strong movement against it.

“Extra-judicial killings were being treated like the norm in a sane society; and victims’ families were left helpless, most times, in situations where killer officers were shielded by superior accomplices. It is only in order for people to rise and say ‘Enough is Enough.”

The ADC therefore urged the youth not to be intimidated by enemies of the nation in their struggle for the realisation of a near ideal society.

“We declare our solidarity with the youths and call on the Federal Government to immediately set machinery in motion to ensure that their demands are genuinely met.

“The youths have started what their parents have shied away from. We only need to tread cautiously,” it said.

The party, however, warned political forces not to hijack the protests, by using thugs to disrupt the process and distort the essence of the struggle.