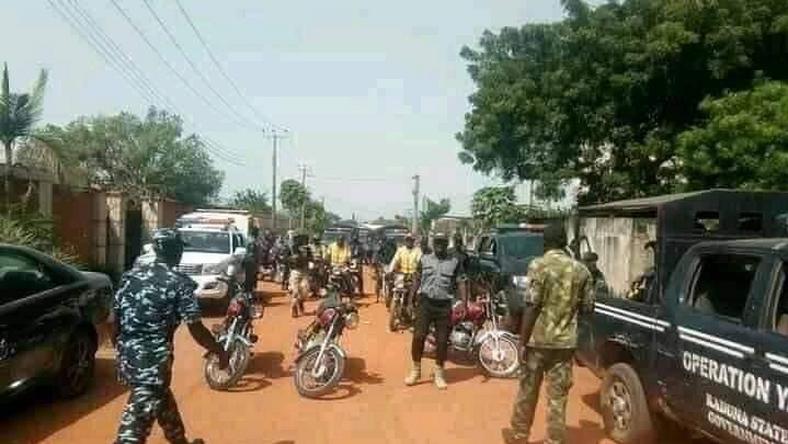 He said that following the current trend of #EndSARS protests in the country and the subsequent hijacking of the protests by hoodlums, the state witnessed the looting and destruction of property.

He said consequently the state government imposed a 24-hour curfew to curb criminal activities of the miscreants.

Jalige said that with the responsibility of enforcing law and order placed on the police and other sister security agencies, the command went into action.

He said that in view of this, the command apprehended 25 suspects for alleged criminal conspiracy, vandalism and looting of public and private property.

Jalige listed some of the exhibits recovered from the suspects to include, three Toyota buses, one Mercedes Benz, one Golf car and one Toyota Camry.

He said that others include six Boxer motorcycles of which three were unregistered, six bed foams, one bundle of zinc, eight tricycles, 29 bags of grains and 32 pieces of plant fibre mosquito coils.

He noted that some medical items and drugs, including electrical gadgets, among others were recovered.

According to him, the police, alongside other security agencies, are still working to ensure that more offenders are arrested.