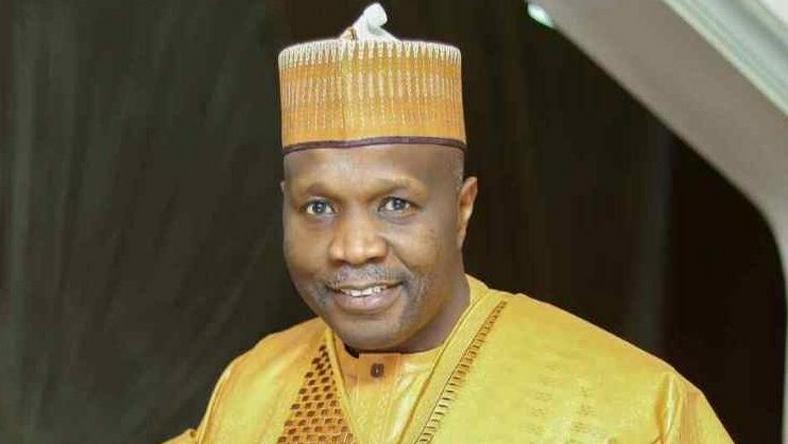 He assured the people of the state that the third phase would begin as soon as calm returned to the country.

The secretary said that the state government would not engage in panic distribution of the palliatives as a way of avoiding things that were being witnessed in some states.

According to him, the first and second phase of the distribution have been carried out covering all local government areas of the state.

He said these were done in line with the state government’s desire to cushion the effect of COVID-19.

Nunghe said that the first phase, which was anchored by the Emir of Gombe, Alhaji Abubakar Shehu Abubakar III, targeted from 30 to 50 households per ward.

He said that the second phase targeted low income earners.

On looting of warehouses in some states, the commissioner said,“the state of the warehouse in Gombe is secure and we don’t have any fears.

“If people of Gombe State want to be fair to us, we have done the first distribution where we gave palliatives to the crippled, aged and to women who are breadwinners.

“The second phase was done on selected basis for low income earners, the keke- Napep operators, motorcyclists, road transport workers, widows, NGOs and many other organisations that we know were grossly affected by COVID-19.

“Gov. Inuwa Yahaya of Gombe State has been very magnanimous in distributing palliatives.

“We are two steps ahead of states suffering from warehouse breaks,’’ he said.

Nunghe said that the state had no intention to hoard any palliative.

“The food is meant for the people and we will give it to the people when the atmosphere is calmer,’’ he said.

He appealed to the people of Gombe State to remain calm.

“The issue is that things must be calm before we can start Phase 3 distribution, we cannot in the circumstance start distribution because you saw what happened in Taraba State,’’ he said.

He said that as long as there was something in the store, the government would give it out.

“Government is committed to meeting the needs of citizens and alleviating the sufferings of the people of Gombe State,’’ he said.

Nunghe said that the third phase of distribution would target retirees, the unemployed and others who were yet to be reached during the first and second phases of distribution.

He said that those who suffered severe flooding would also benefit, as the palliative was meant to cushion the impact of COVID-19 and to support special cases like flood victims too.

The commissioner urged the public to remain calm.

“Breaking warehouse will not amount to equitable distribution of palliative because one person can carry 10 bags if such happens,’’ he said.