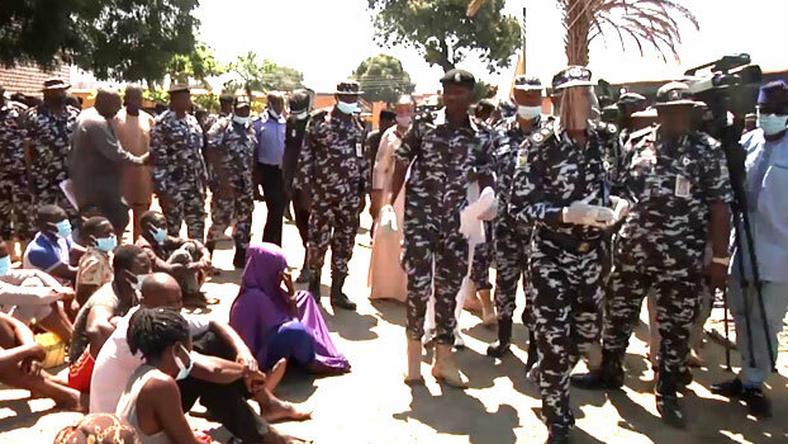 The police boss commended his officers for showing professionalism during the protest by showing restraint and not engaging the protesters violently.

“When they campaigned against SARS they came up with five demands and after about four days protest, the authorities acceded to those demands because they were demands that could lead to reforming SARS.

“Our expectation was that after that, the protesters will all go back and leave the streets, but then they didn’t.

“Every security agent knows that when people come out to protest without observing the protocol, there is always a tendency for the protest to subsequently turn violent,” he said.

Adamu said that 14 states in the country were badly affected as a result of the violent protest with Lagos State the worst hit.

“We witnessed the destruction of public properties as well as police stations and businesses.

“The attack by hoodlums in this manner has the tendency to provoke the police and when we are provoked we have the capacity and strength to repel these people.

“However, we have shown restraint by not using maximum force to repel the hoodlums and criminals that went about destroying properties and killing people.

“So, that resilience that you have in showing restrain has shown that no amount of provocation will lead you to give credence to what they have been preaching on police brutality,” he said.

Adamu commended police officers for this quality, saying it turned the table around against the protesters.

“Every organisation and institution in any country breeds few bad eggs just like we have a few in the police that are bad, however, the majority of Nigerian Police officers are good,” he said.

The IGP said that President Muhammadu Buhari, in support of the police, said that the vast majority of men and women of the force are patriotic and committed to protecting the lives and livelihood of Nigerians.

“We will continue to support them to do their jobs, so, the Nigeria Police have support from the highest authority in this country.

“In spite of the fact that we have been attacked, hospitalised and some of our formations burnt, we will still remain committed to our constitutional duties,” he said.

Adamu said that the federal government has decided to specially treat policemen through reform initiatives that will enable them to continue to do their constitutional responsibilities across the country.

Meanwhile, the Commissioner of Police, Lagos State, Hakeem Odumosu, requested that the IGP should consider and approve posthumous special promotions for the police personnel who lost their lives during the protest.

“This will give succour to their families and boost the morale of the serving officers and men of the NPF,” he said.

Odumosu said that Gov. Babajide Sanwo-Olu had promised to take full responsibilities of the bills of police personnel that sustained various degrees of injuries.

“The governor also promised to pay compensation to the family of police officers who lost their lives as well as replace police operational vehicles that were burnt during the crises.

“He also offered scholarships to the children of police personnel killed until graduation from university,” he said.

Odumosu said that provisions had been made to ensure that security is adequately provided for during the ember months in the state.